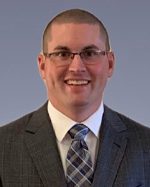 Daniel Balles has been in funeral service since 1979. Born and raised in Endicott, he attended Seton Catholic High School in Binghamton and then went on to study at SUNY Canton. He is a also a member of Broome County Funeral Directors Association. Daniel is a member of Winding Rivers Paddle Group and enjoys kayaking, hiking, backpacking and gardening in his free time. He is married with two grown children. Matthew Rollo is a funeral director since 2001. Born and raised in Endwell, he attended Maine-Endwell High School and SUNY Canton.  Matt is a member of Broome County Funeral Directors Association and is married with two children. When he is not working he enjoys playing golf and hockey. 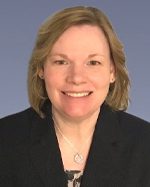 Monica L. Usiak, CFSP, is the office manager of the Simplicity Cremation. She is a native of Binghamton, NY, having graduated from Chenango Forks High School, and currently resides in Hillcrest, NY. She attended Simmons Institute of Funeral Service in Syracuse, NY and was valedictorian of her graduating class, and inducted into Mu Sigma Alpha for her academic achievements. Monica has been a licensed New York State funeral director since 2005. She is a member of the Continuing Education Committee of the Broome County Funeral Directors Association and a member of the New York State Funeral Directors Association. Monica enjoys riding her horse, Quincy; motorcycling, and boating. Monica has one daughter who is married and lives in upstate NY.